Kim Jae Duk has been the Resident Choreographer for T.H.E Dance Company since 2010. His international choreographic and performance projects have taken him across Asia, Europe, and Latin America.

As Founder, Artistic Director and Principal Choreographer of Modern Table Dance Company (est. 2013), his works are known for their unique dynamic curves, rapid movements, and the reinterpretation of traditional Korean forms in modern ways. For his interdisciplinary creations that transcend genres, Jae Duk is a highly sought-after choreographer in Korea and beyond. Lub Dub, choreographed for Bale Teatro Castro Alves, was selected by the Brazilian magazine BRAVO as one of the 10 best shows of 2017 (10 espetáculos de dança fundamentais de 2017). Another notable work of his, Darkness Poomba, was also invited to The Place in London in 2016, Chekhov International Theatre Festival in 2017, Yokohama Dance Collection 2021 as a masterpiece selection, and to LG Arts Center in Seoul.

Jae Duk’s talents also extend to music; he also composes original music for almost all of his choreographies.

Behind the Scenes of Infinitely Closer Pt 3

Behind the Scenes of Infinitely Closer Pt 2

Behind the Scenes of Infinitely Closer Pt 1 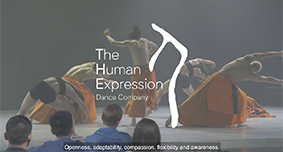 What does T.H.E mean?

T.H.E Dance Company is supported by the National Arts Council under the Major Company Scheme for the period from 1 April 2020 to 31 March 2023.